Students who join FRC clubs have access to over $19 million in scholarship money.
Read the 2016 First Edition Robotics Magazine created by the students below!

The DB Robotics team started in 2007 with support from FIRST Robotics, the Doerr Family, teacher Ann Kelly and mentor Mark Cline, an engineer for Boeing. In their first appearance at FRC (FIRST Robotics Competition), DB was honored with the Motivation Award.

In 2008, the team's mentor, Mr. Cline, passed away and the team struggled with the will to continue. However, with the support of Ms. Kelly, they decided to continue with Mr. Cline's dream of entering the big competition, and did so in his honor.
Cline's colleague, Marcos Chu, stepped in to take over as mentor for the DB team and teacher Mr. Berry helped out as a technical mentor. Mr. Chu helped the team secure necessary funds by writing the Boeing grant, which awarded them $6,000 to cover the cost of their robot kit. Further financial assistance was donated by ITT Technical Institute after meeting the team at an Engineering Career Day in 2008. The Doerr family and several local businesses also provided generous support.
In 2009, Bishop DuBourg High School designated a classroom and necessary materials specifically for the Robotics team. Students attended workshops at Imagineering to learn all about programming and other helpful engineering information.
The Robotics Team was featured on "Show Me St. Louis" in 2009. They also got to participate in the FRC Regional Competition for the first time that year and took home the Rookie Inspiration Award.

In 2013, DB's team was on the waiting list to compete in the FIRST World Championships, and they were invited to participate!

In 2014, DB's team made the cut for the World Championships because they earned the prestigious Engineering Inspiration Award. Moreover, that year there were only 400 berths world-wide. DB was one of the top 400 teams from around the world! There are over 5,000 teams world-wide in about 80 countries.

2015 - Andrew Barrett, an engineer at Boeing, volunteers as DB's mentor.

The Robotics Team was awarded with the 2015 Outstanding Spirit Award at the FIRST Robotics Competition held at Chaifetz Arena in March, 2015 for their exemplary efforts in engaging the St. Louis region in the event and their overall enthusiasm about the competition.
Additionally, the DB team wrote a heart-felt essay nominating their moderator, Ann Kelly, for the 2015 Woodie Flowers Outstanding Mentor of the Year Award, which she won! (Flowers is the Prof. Emeritus of Engineering at MIT). DB's performance at the FRC put them on the waitlist to compete in the World Championships at America's Center in April! Over 5,000 teams from 80 countries try to earn a spot at the Championships. In qualifying matches around the world, 600 of those 5,000 teams had scored enough points to earn a berth at the World Championship. This year, those 600 teams represent every state of the USA, plus Canada, Mexico, Israel, Turkey, Australia, Netherlands, Taiwan, and United Kingdom.)

2016 - DB's team earns another bid to the World Championship!

Congratulations to our Robotics Team who received a bid to compete in the 2016 World Championships held in St. Louis this year! Thousands of teams from all over the world compete for a spot in Worlds each year, and we are so proud of our team for all their hard work to get there. Over 40,000 participants from 43 countries with over 800 Robots competed this year! 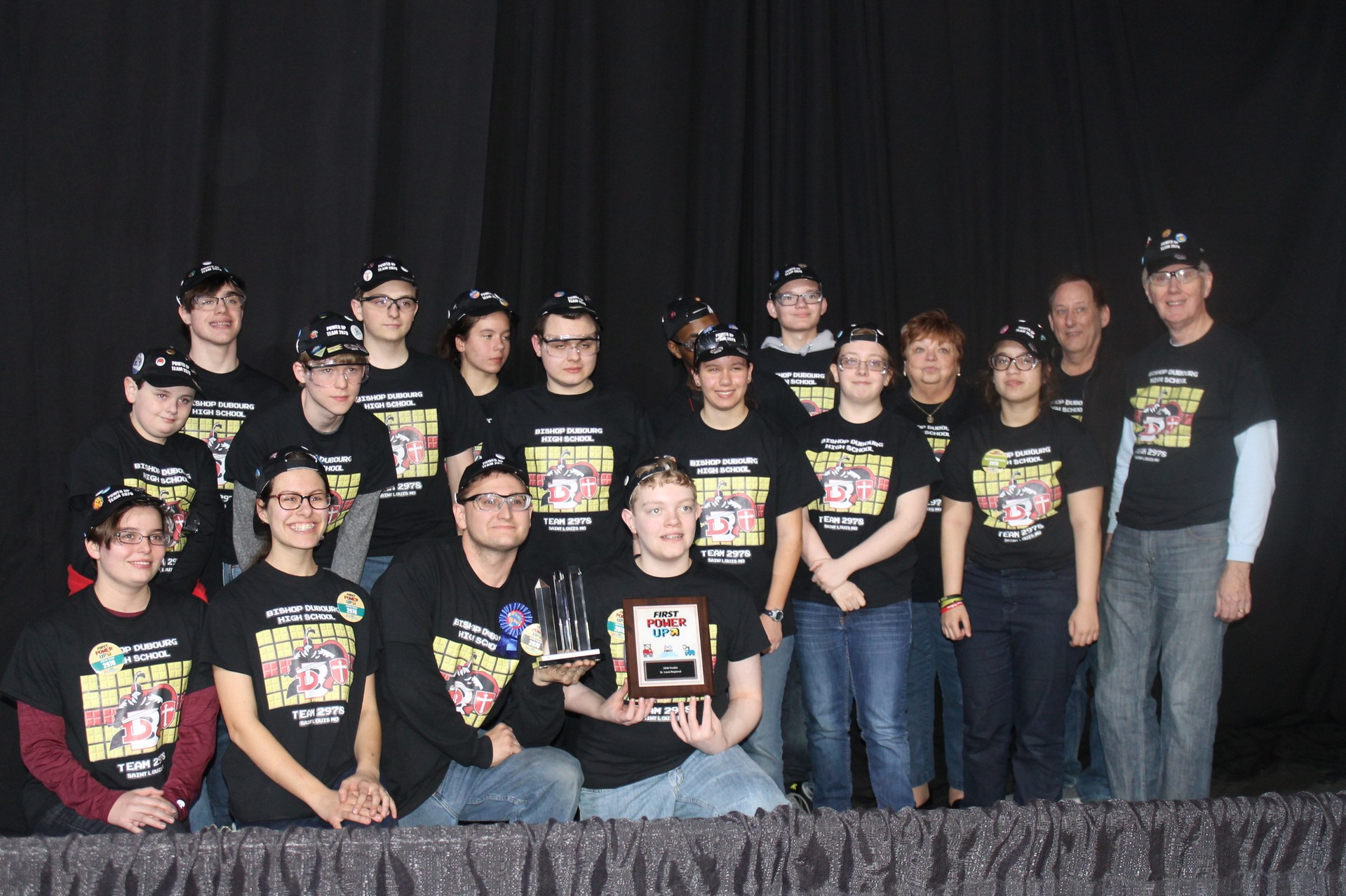 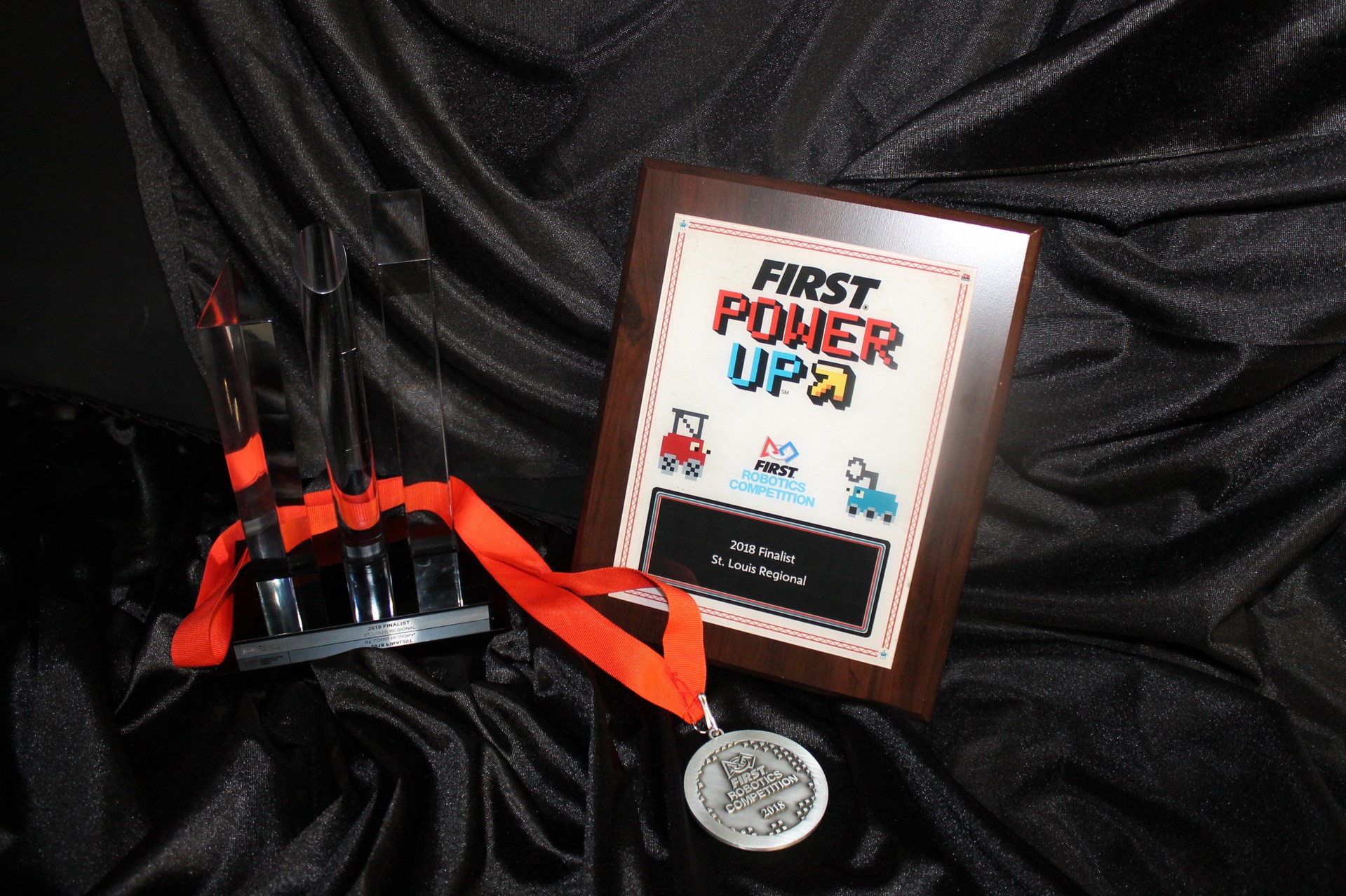