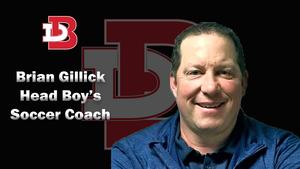 Gillick takes over for Steve Bettlach, who will remain at Bishop DuBourg as the Head Girls Soccer coach and Athletic Director. Bettlach took over the boys’ program in 2014 and in six seasons, the Cavaliers claimed four conference titles and appeared in the MSHSAA Class 2 State Quarterfinals in 2015.

Gillick is no stranger to soccer in the St. Louis metro area. He graduated from St. John Vianney High School in 1992 and helped the Golden Griffins to a state championship in 1991. During his time at Vianney, Gillick was named to the All-Metro and All-State teams. After graduating from Vianney, Gillick attended Benedictine College, where he earned NAIA All-American honors in 1994 and 1995.

After earning his college degree, Gillick turned his attention to coaching. He began his coaching journey with Kolping SC where he led his 2005 age group to the Missouri State President’s Cup. Gillick is also still a part of the Ajax SC Saints coaching staff.

On the high school level, Gillick was the Head Junior Varsity coach at Hillsboro in 2016-17 before he took over the Kougars program in 2019. He will still coach the girls’ soccer program at Rosati-Kain during the spring season.